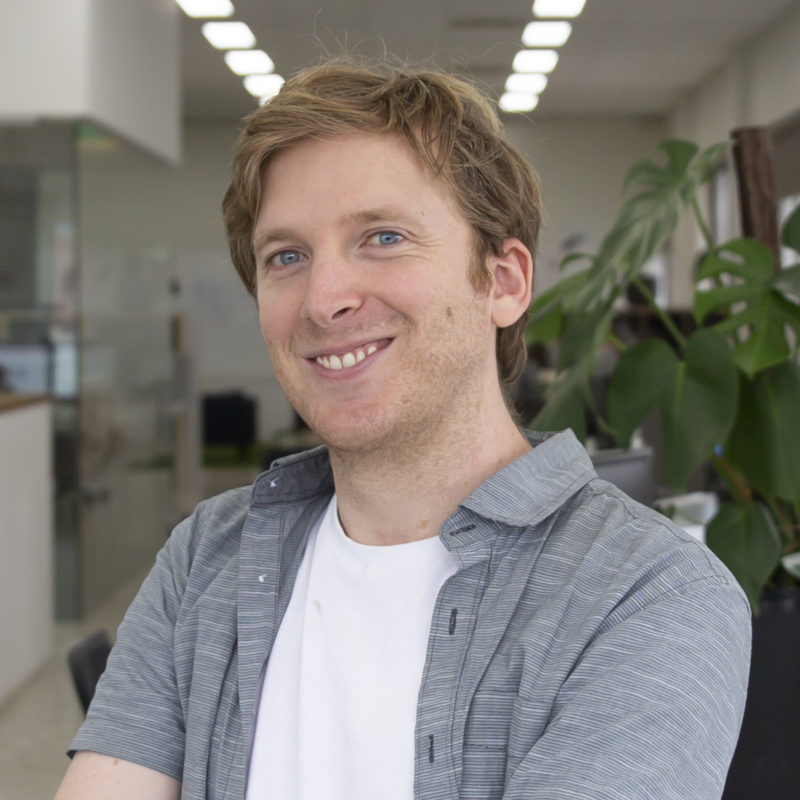 A great example of animation evolution can be found in Pixar’s iconic Toy Story series. When we take Andy’s legendary childhood toys from 1995’s Toy Story and compare them to the character’s stellar advancements in Toy Story 4, the difference is irrefutable.

Motion graphics have firmly cemented their place in brand storytelling, and experts are on the edge of their seats anticipating how they will further change the status quo. The gurus say that 90% of the information transmitted to your brains is visual, with that in mind, imagine how much more effectiveness your brand can convey when a static graphic is set in motion!

At Thirst Creative, we know the importance of telling enriching stories through motion graphics, and not unlike Pixar - we know the necessity of staying abreast of the industry trends. We sat down with our Senior Graphic Designer, Anth to ask the in and outs of character design. Here’s his how-to-guide to creating an animated character that’s not only believable, but resonates with an audience.

What makes for the perfect animation brief?

Having a clear idea of the narrative that needs to be told is essential. Is the audience supposed to feel joy, anger or driven towards change? Equally important is knowing who the audience will be. If the character is too childlike or too serious for the context the audience may struggle to form an emotional connection.

What is your secret formula for crafting animated characters?

Every animation and each character is unique, so there’s not really any secret formula to character design. The most effective methodology is to ask yourself several questions at the beginning of each project to understand the story you are trying to tell, who your character is and how they fit into the narrative.

Asking and answering these questions usually helps to build an understanding of who your character is, which will in turn influence its design and movement.

Once I have an idea of the story that needs to be told, the first step for me is to research character personality stereotypes to try and figure out what about them works and what doesn't.

If a character is directly based on something from real life, be it a person, animal or inanimate object, then it’s always best to collect a wide range of photos, illustrations and (if possible) videos. This helps to identify their key characteristics and any defining features that can be exaggerated for visual effect.

After that is the fun bit, sketching out the initial character designs. When designing for animation, it’s important to sketch out the character in a range of poses and from different angles. It’s also vital to explore a wide variety of facial expressions to ensure you’ll be able to capture the drama and emotion you’re trying to convey once you move into the animation stage.

How do you give an animated character a personality?

A character’s personality is usually the biggest driver behind it’s physical appearance and its movement. The appearance is the first thing the audience notices when they encounter the character, so it needs to reflect some aspect of their personality or motives. A rounded body and oversized eyes convey a sense of cuteness or innocence, while an angular design is usually associated with a more threatening character.

These character traits can then be amplified through posture and movement. A confident stance, shifty eyes or a happy, bouncing walk can all add heaps of personality to even a very simple character design.

How do you tell a story through animation?

The most important thing in any animation is to evoke some form of emotional response from the viewer. A really successful animated character is one that people can relate to and form an emotional connection with. Perhaps a hero to empathise with, or a villain to hate.

When the audience is taken on an emotional journey alongside the character and shares in their challenges and (hopefully) in their eventual victory, the result is a memorable experience the audience is sure to remember.

How can brands use animation to their advantage?

The human eye is naturally drawn to movement, so animation is an obvious way to attract attention to yourself and have your brand (perhaps literally) jump off the page. An animated mascot can also help to add personality and attach emotions to your brand or product.

What is your favourite aspect of crafting an animated character?

Probably the initial animation tests, where you see the character you have created come to life. It can also be a bit stressful as this is the moment you find out if your character has any design flaws that make executing the animation difficult. But generally it’s very satisfying once you’ve got your character into a smooth walk-cycle.

What animation skills are you currently developing?

All of them! I don’t think many animators ever stop learning or developing their skills. Personally, I’ve recently started delving into 3D character design and animation. While many of the principles of character design are the same whether designing for 2D or 3D, the technical aspects of creating a character that exists within a 3D space are fairly new to me. Hopefully this will open up a whole new world of possibilities for future projects!

Do you foresee any animation trends for 2021?

Digital media has been on the rise for years now and many brands are already utilising the power of animation. Some in small ways, like an animated logo, and some through lengthy animated campaigns. Animation programs are also becoming more powerful, more intuitive and increasingly accessible, which is leading to an increase in animated content online. So the next challenge will be in creating animation that is high-quality enough or clever enough to stand out from the crowd and be truly memorable.

Perhaps you noticed our signature sign off on our own Thirst Creative videos?

Our talented team of designers can help your business create bespoke animation that fits your brand – get in touch today!

Want a sneak peek at some of our latest success stories in motion? Click here.

Need help with your next project? Get in touch!

Acknowledgement of Country - Thirst Creative acknowledges the Traditional Custodians of the land and waterways on which our organisation operates. We pay our respects to Aboriginal and Torres Strait Islander Elders past, present and emerging.

We're offering a free one-hour brand strategy session, where we'll take you through an inspiring, robust and insightful discovery process to unearth a unique brand purpose to inform the brand strategy.